SAVANNAH, GA – Savannah-based Colonial Group Inc., a fourth-generation family-owned business that celebrated its 100th anniversary in 2021, accounted for more than half a million dollars in pledges during United Way of the Coastal Empire’s traditional fall workplace campaign. The company matched the employee donation pledges dollar for dollar, with the final total equaling $552,000, the largest contribution in its 84-year history of giving to United Way.

“Colonial Group is proud to stand with our more than 2,000 employees to improve lives in our community through the vital work of United Way of the Coastal Empire. We’ve been a part of the Savannah business community for over a century now, and corporate responsibility and community-building have been part of our story since the beginning,” said Christian Demere, president and CEO of Colonial Group.

“As a community, as a region, we are fortunate that Colonial Group was founded here and has remained here even while it has grown across the country. Colonial has been supporting the community through the United Way of the Coastal Empire since 1938. The talented professionals in human resources run a well-organized and compelling campaign every year and the employees of Colonial’s family of companies respond with generosity that is nothing short of inspirational,” said Brynn Grant, president and CEO of United Way of the Coastal Empire. “This company leads by example. In fact, the annual campaign among their own executive leadership accounts for more Alexis de Tocqueville Society members, the highest level of recognition for giving to the United Way, than any other company in our area.”

Grant made the comment as United Way supporters, including the 2022 Campaign Chair Cindy Robinett and Board Chair Mark Bennett gathered at the organization’s headquarters to salute the outstanding giving milestone reached by Colonial Group this year.

Colonial Group’s $552,000 donation is part of the traditional fall workplace giving campaign, in which employees can choose to donate to UWCE – usually through payroll deduction. Companies support the campaign by loaning executive volunteers to United Way, allowing campaign representatives to make presentations to employees, and, as in the case of Colonial Group, adding corporate dollars in addition to those pledged by employees.

Fundraising is a year-round job for United Way and extends well beyond the fall workplace campaign. The combined totals of the campaign will be presented at the organization’s annual lunch meeting on May 10, 2023. 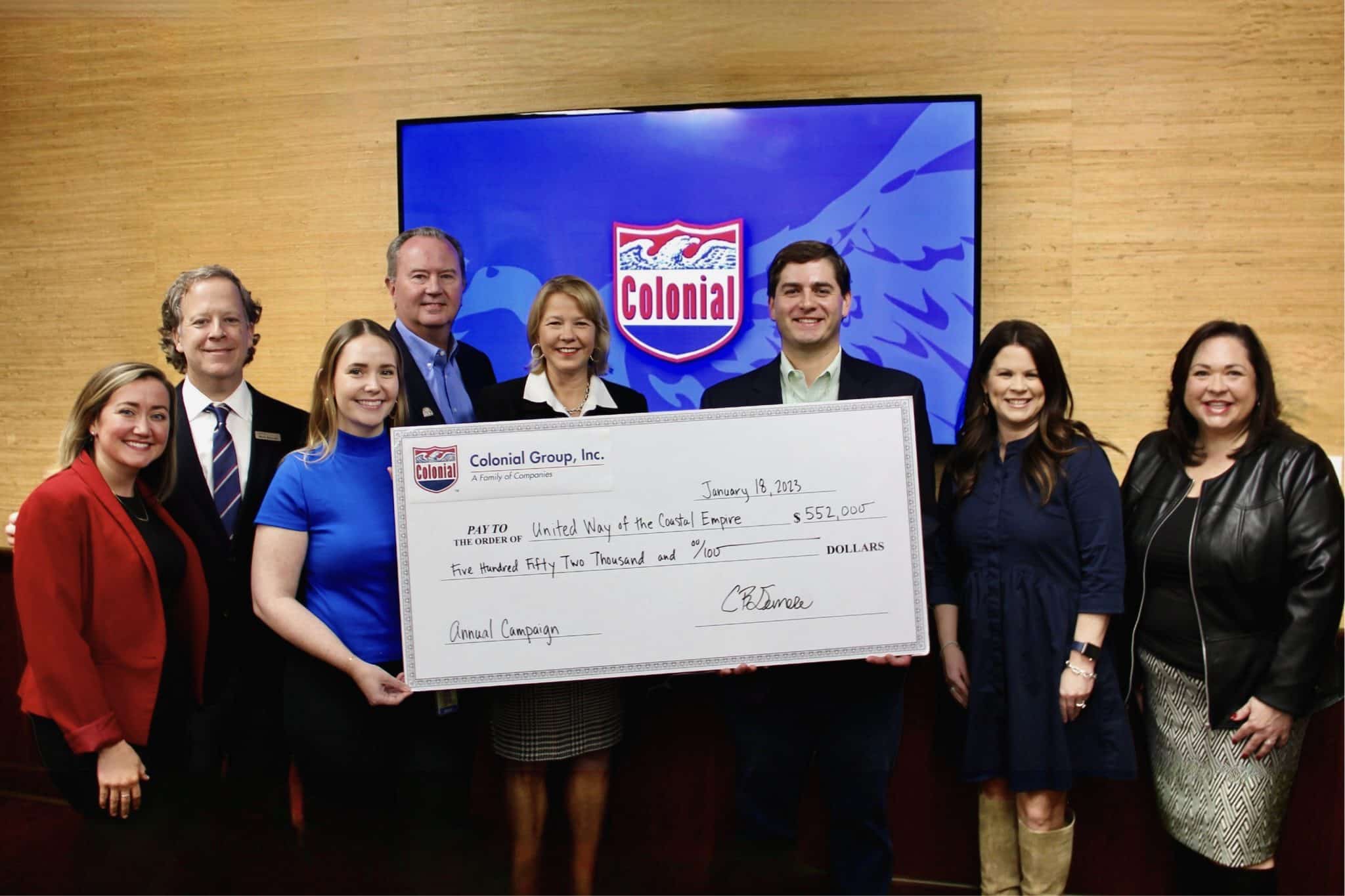